EA Sports is the company behind some of the most exciting sports games on PlayStation, Xbox, and other gaming platforms. EA Sports games are known for being sophisticated and fun to play with. And now you can play their games on the iPhone as well. You may have heard of the NFL game that EA Sports came up with a while ago. But I was always more excited about its soccer game.

FIFA 10 Soccer is the long awaited EA Sports soccer game for iPhone that is designed to satisfy those rabid soccer fans who happen to have an iPhone. I have a few colleagues who can’t get enough of FIFA games on their PCs. If you happen to be a soccer fanatic, FIFA 10 is for you. 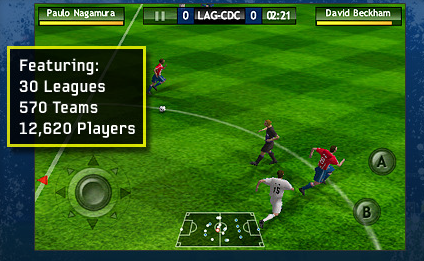 What I like about Fifa 10 is that you can get to play real teams with real players against others over WiFi. There are 30 leagues, 570 teams, and 12,620 players to choose from. You can also create your own star in the “Be a Pro” mode.

The controls are easy and intuitive as well. I would have preferred to have a real controller to play this game but the touchscreen controls on this game are easy to work with. 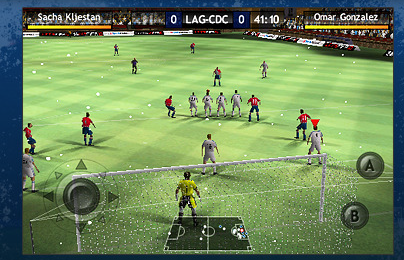 Overall, Fifa 10 is an impressive game that shows the untapped potential that is there to be taken advantage of by iPhone developers. The iPhone platform is now capable of handling highly sophisticated games such as Fifa 10, so you can expect more killer 3D games to be released in the future. Fifa 10 by EA Sports is a nice try, but the game play can be frustrating. The game does seem to have been rushed to the market. But there is nothing in this game that can’t be fixed with a quick update.

*some articles might include aff links. Please read our disclosure to find how we fund our network. As an Amazon Associate, we earn from qualifying purchases.
Related Itemsfootballsoccersports
← Previous Story SuperShock Football
Next Story → Horror Racing