Chess is one of the most addictive and challenging board games you can play. While many still play chess on physical boards, more chess players are warming up to the idea of playing this game against computer engines (to hone their skills and challenge themselves). The fact that mobile chess apps have been getting stronger has been encouraging to see.

Hiarcs Chess does not need any introduction. It is a legendary chess engine that has won world championships multiple times. With Hiarcs for iPhone, you get a killer chess engine that is more than capable of bringing you back down to earth and teaching you a thing or two about what it takes to win in chess. 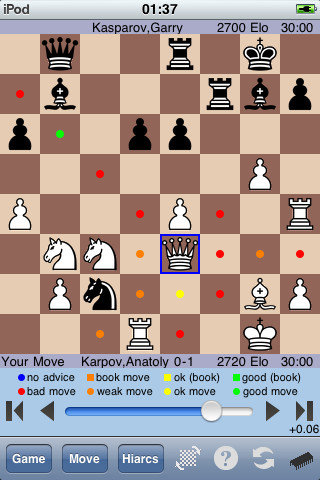 Hiarcs has something for everyone. It is strong enough to give masters a challenge in this game. At the same time, its strength can be adjusted to make it more playable for beginners. The coaching features are useful too. Multiple playing modes are offered. Users can change the strength of the engine, the look/feel of their board, and clock settings. Hiarcs’ very intuitive user interface is a huge plus to us. 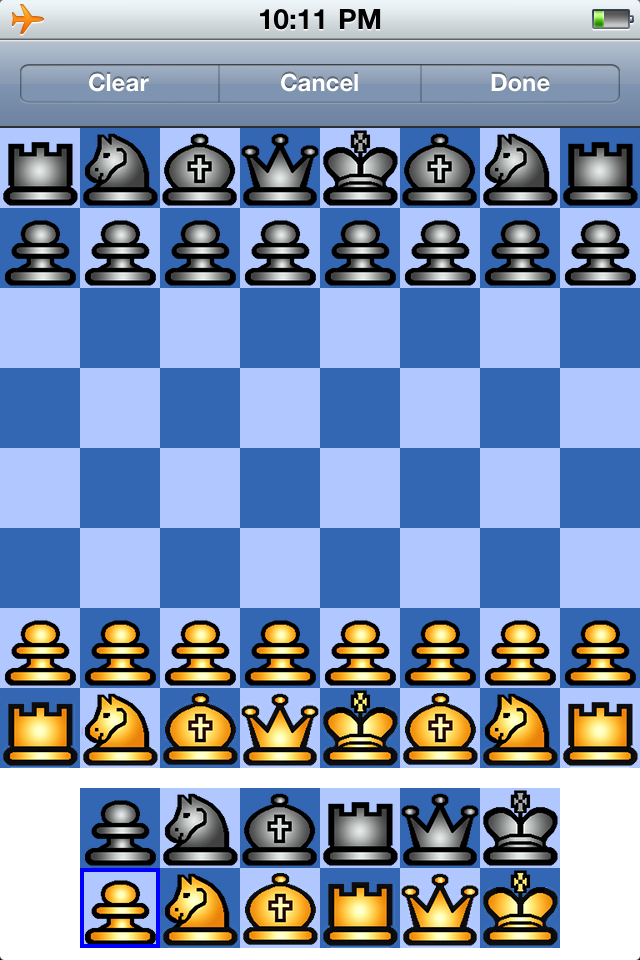 Hiarcs works well with PGN files. You can import and export games to/from it easily. The latest version handles large PGN files a whole lot faster (something other chess programs often struggle with). 8 piece and 9 color sets are included too. Would you like to set up your own positions? No problem. Permanent brain is offered for those of you who want to get the most out of your experience with this app. Players can customize Hiarcs’ behavior from the “Engine Room.” I like the fact that you can analyze games and play against another player in this application. 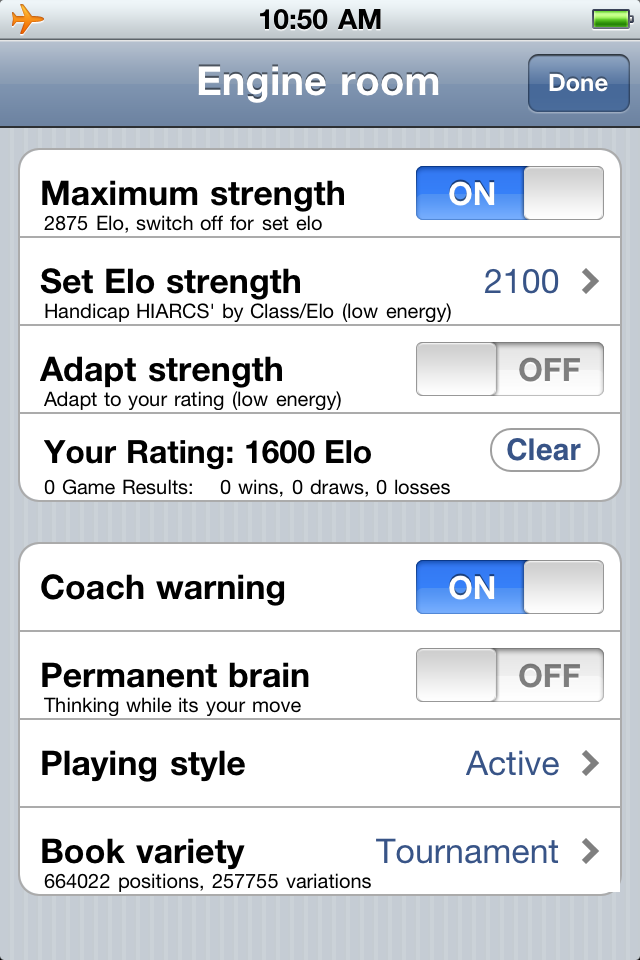 Hiarcs is one of the strongest chess engines we have tested. It has something for everyone, which is nice to see. We were able to test it against a few other chess engines. Though the process was not perfect, Hiarcs more than held its own (we had to use two iPhones to pit Hiarcs against other top engines). We would love to be able to play blindfold or Fischer random chess on it. Having the ability to rotate the screen would be nice too. Still, this is one powerful chess engine to improve your playing skills with.

*some articles might include aff links. Please read our disclosure to find how we fund our network. As an Amazon Associate, we earn from qualifying purchases.
Related Itemschess
← Previous Story Shopping List
Next Story → iDinobook