Meet Madden NFL 2010. One of the best football games ever made using the iPhone platform. There is no question that there are a lot of NFL fans out there in the U.S. region, so EA Sports’ efforts to develop a killer football game is understandable. Madden NFL 2010 is a super 3D football game that lets you play your favorite sport on your smart-phone on the go. The game comes with some of the best 3D graphics that I have ever seen on iPhone and provides you with a realistic football experience on your phone.

First, let’s talk about the graphics. Unlike a lot of other sports games, the graphics are out of this world. The game is designed to give you the best football experience possible on your phone. Madden NFL 2010 certainly achieves that. The controls are easy to get a handle on as well. You can control the dives, spins, sprints, and more easily right from your phone. You can also customize your own routes, which is quite fun. 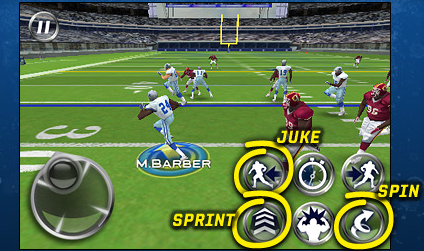 I also like the fact that EA Sports has decided to use real teams and real players in the game. It’s never fun playing with made up teams, but EA Sports stopped that practice a while ago. You can manage and trade real players and build your own super team fast. You also get commentary by John Madden, Tom Hammond, and Cris Collinsworth, which is a plus. 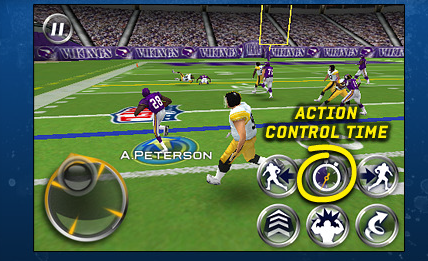 Playing the whole season is going to take you a while, but if you don’t intend to win the whole thing, you can always leave and come back at a later time. Ultimately, if you play the game long enough, you are going to get your chance at the Super Bowl. But the game is fun whether you play it for a minute or an hour. I would love to see a multi-player mode in this app, but the game is a lot of fun as it is. Certainly a must have for football fans.

*some articles might include aff links. Please read our disclosure to find how we fund our network.
Related Itemsgamessports
← Previous Story Catalista
Next Story → SuperShock Football