The recent events in Tehran made a lot of folks scramble to find a translation service that would let them translate tweets, news, and Persian documents. We may have seen a mini Twitterevolution, but a lot of folks had a difficult understanding what Persians were talking about on all these social media sites. With Twitter World, you will no longer have that problem. It’s a cool translator that lets you find out what foreign tweeters talk about on Twitter. 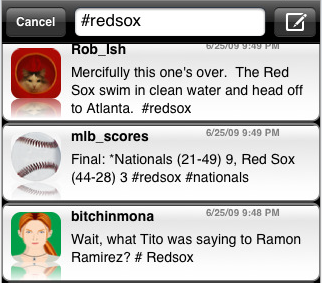 Twitter is exploding fast and is a true global community. That’s why Twitter World comes so handy. You can easily translate the following languages to English and finally understand what everyone’s talking about on Twitter:

And you are not limited to your Twitter time-line only. You can translate searches, messages, replies, direct messages, and so on. All in all, Twitter World is a simple application that is functional and gets the job done. If you want to get even more out of Twitter, Twitter World is worth a try.

*some articles might include aff links. Please read our disclosure to find how we fund our network. As an Amazon Associate, we earn from qualifying purchases.
Related ItemsSocial networkingtweetstwitter
← Previous Story Hero of Sparta
Next Story → Sevens