It’s amazing how many developers are making their apps available in iTunes for free. That’s partly the reason an iPhone is a much more fun mobile gaming device all around in comparison to DS or a PSP. Most of us won’t mind paying a bit of money to get a decent gaming app for our phones, but it’s always nice to have access to free apps once in a while. Air Assault is one of those apps that is not only fun, but it’s free as well (at the time of this writing). It’s a combat game that is OpenFeint enabled and provides entertainment for you on the go. 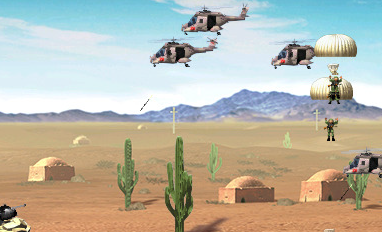 The game’s concept is quite simple. You are in Afghanistan trying to defend your bases against enemy combatants. Russian and Afghan forces are trying to run you out of your area. Your goal is to beat them both through the air and on the ground. The game has multiple types of attackers, so you are going to need to use your full arsenal to keep them at bay. 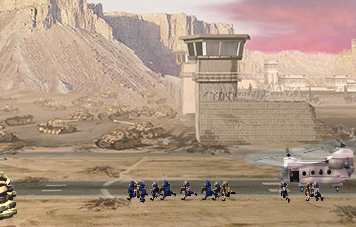 The game graphics are decent and the game play is very easy to get a handle on. It comes with multiple levels of difficulty, so you are never going to get too bored with the game. It also is OpenFeint enabled, which is always a plus. I did have some issues with the control of this game, but those issues have been addressed by the developers. I would love to see more levels and weapons added to the game.

Overall, if you are looking for a fun combat game to play on your iPhone and don’t want to spend too much money, Air Assault gets the job done.

*some articles might include aff links. Please read our disclosure to find how we fund our network. As an Amazon Associate, we earn from qualifying purchases.
Related Itemsairair assaultcombatFight
← Previous Story GMAT ToolKit
Next Story → RoamTribe