Arcade games are still one of the most popular game categories around. There are plenty of cool 3D games that have made it to the iPhone platform, but there is a ton of fun to be had with a decent mobile arcade game. That’s exactly what you get with Cell War. Cell War is a fun “shoot em up” game for iPhone that can certainly bring back the memory of those good old arcade games on older gaming consoles. 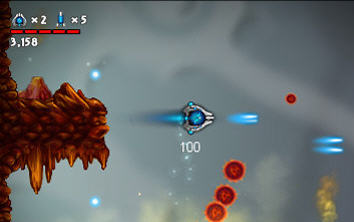 Here is how the game works. You’re goal is to guide your nanomachine against the dangerous viruses that could kill your human. So instead of being in the space fighting aliens, you are fighting viruses inside a human body. The game does come in three levels, so no matter how great you are at playing arcade games, the game has a level for you. If you happen to choose easier modes, there will be less enemies to deal with. In more advanced levels, things can get quite hectic, and you’ll need more skill. 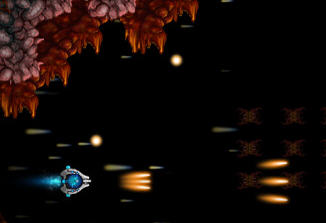 When it comes to playing arcade games such as Cell War, you want your game to have controls that are easy to get used to without making it impossible to finish the game in harder levels. That’s what you get with Cell War. All you have to do is tilt to move and tap on enemy entities to fire at them. I would have preferred to have a virtual control pad as well, though that could make things too hectic on the screen.

All in all, if you are looking for a fun arcade game to shoot things up in your spare time, Cell War makes a solid choice.

*some articles might include aff links. Please read our disclosure to find how we fund our network. As an Amazon Associate, we earn from qualifying purchases.
Related Itemsgameswar
← Previous Story PerfectTune
Next Story → Turkey Call